East-West Gate will present the largest intermodal terminal in Europe

The 26th International Exhibition of Transport and Logistics Services, warehouse equipment and technologies TransRussia, the East-West Gate company will present its stand, which for the second year in a row not only participates in the exhibition, but is also its General Partner. East-West Gate will present an intermodal terminal, which should become the largest combined railway terminal in Europe. On the eve of the largest industry event, we interviewed János Tálosi, CEO of East-West Gate and talked about what the new intermodal terminal will look like, what cargo it will handle, how cargo traffic will be attracted and how the terminal looks like in the future.

- János, tell me, please, at what stage of construction is the terminal now and when is it planned to open? 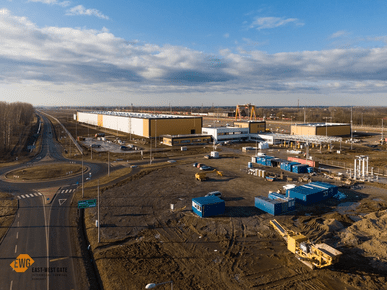 – Europe’s most modern and largest inland combined transport terminal with gauge-changing facility is now in its final construction phase. The construction of the railway track of a total length of about 10km has been finished. Four gantry cranes, delivered by Kuenz, have already been installed. One of them is the crane with the biggest span in Europe. Interior construction of the building providing services to the terminal and equipment of the control centre are also going into the last phase. The private 5G network has been installed by VODAFONE and Huawei. The technical acceptance procedure will be started in March. The inauguration ceremony of the terminal will be held in the second half of March which will immediately be followed by the test run. Then, the Go-Live phase with gradually increasing traffic will be started in April 2022.

– East-West Gate terminal is the western gate of the new Silk Road. Please, tell us about the main route destinations? Who are your customers?

– EWG is a realistic alternative for all the block trains en route between Asia and Europe and especially for those heading for the countries in Central and Southern Europe. The main reason is that in Poland and Belarus, where the broad and the standard gauge meet in Europe, cargo transfer centres have been running at full capacity. This is why cargo trains are often compelled to wait here for days. Since EWG is an independent provider, the terminal will be available to any logistics operator. We are in talks with not only Russian and Chinese, but also with Japanese and South Korean businesses. Rail freight transport may be advantageous to them from a business point of view as opposed to sea freight transport which is slower, has become more expensive and has various elements of uncertainty. As for Europe, we have partner companies not only in EU countries, but also in the Balkan states. 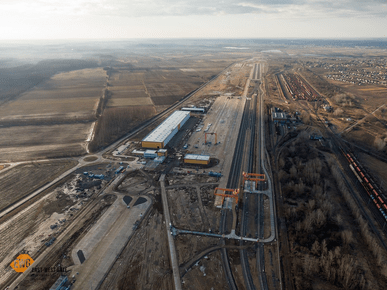 – What is the potential and opportunities of the terminal? What makes it different from others?

– The terminal will be able to handle up to one million 20ft containers (TEU) per year. It will be the largest facility of its kind on the continent in terms of its theoretical capacity and area. Due to the current railway track capacity in Hungary, transfer and forwarding of 300-500 thousand containers per year will be possible at the beginning. EWG will also offer services which are not available at the currently existing cargo transfer centres. The ATEX and ADR certified cranes of the EWG terminal with a load lifting capacity of 45 tons can also be used for transferring special materials such as tank containers for the transport of gases as well as chemicals. In addition, traditional semi-trailers can also be transferred to railcars at the terminal. The investor of EWG has a free zone of half a million square metres in size next to the area of the terminal, where warehouses as well as manufacturing or assembly plants can be set up. Cutting-edge technology is another great advantage of the EWG terminal. It will be the most modern facility of its kind on the continent.

– What world-class technologies have been used for terminal construction and what technologies will be use for cargo maintenance?

– At the EWG terminal, state-of-the-art technologies will be used. The provider of its private 5G network will be Vodafone. The telecommunications equipment will be installed by Huawei. This will be the first site in Europe, where the semi-automatic cranes, which are manufactured by Kuenz, will be operated by remote control by using the 5G technology. Movements of the containers will be tracked and supervised by the Camco OCR systems. Even a digital twin of the EWG terminal will be created in cooperation with a Hungarian start-up company. It will be used for real-time 3D tracking of the operational procedures at the logistics centre, i.e. movements of trains, trucks, cranes, and cargo-carrying vehicles as well as the route of cargo, thus helping to predict and optimize the procedures and increase efficiency.

– What ecological technologies will be used in the terminal operation?

– In conformity with the requirements of modern times and the EU rail and climate strategy, great attention will be paid to the environment in the course of the terminal operation. Green technologies will be used – its energy demand will be covered, among others, by a high-performance solar power park and a heat pump system. Its additional energy demand will be met from green energy sources. Only electric terminal tractors and electric cars will be used on EWG terminal grounds.

– What will EWG terminal be like in a year?

– Ten trains arrive at the terminal every day. Capacities of the yard and the warehouse are fully utilized. Construction of another office building and a truck parking lot has been completed. 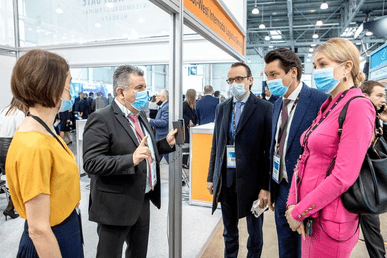 – East-West Gate is a TransRussia 2022 exhibitor and the General Partner of the exhibition. What are EWG preparing for our visitors this year?

– As a novelty, we will present the MAXWHERE 5.0 digital twin solution which will accelerate the control procedures at the EWG terminal. This solution can be applied at any terminal in the world.

– For what purpose does the company participate in the exhibition?

– The exhibition TransRussia will offer a great opportunity to present EWG as a new brand, promote its initial service offers and build new business relationships too.

– This year, we have another surprise in store which will be unveiled at the press conference.

– What is your expert opinion on changes in the market due to the COVID-19 pandemic and the global logistics crisis?

– Closing of the borders, supply chain disruption and the supply which is lagging behind the pulsing demand all encourage manufacturing companies and service businesses to bring the goods physically closer to the customers, i.e. to manufacture, assemble and store them as close to the customers as possible. Therefore, Asian companies will set up assembly plants and depots in Europe.
Cargo transport speed will become increasingly important and reroute freight transport from ships to trains for keeping track of demand fluctuations more quickly. Since the routes, which are currently used, are affected by traffic congestion, there is a need for launching new routes.

Get your free ticket with promo code tr22News

GET YOUR TICKET
Back
Organised By 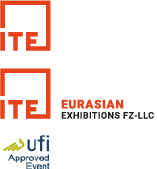