Transport requires solid infrastructure. That’s a fact. In Russia, a wave of new investment is coming, boosting transportation links nationwide. A smoother freight transport environment is one of the programme’s big benefits

After all, a nation’s transport & logistics network can only be as good as its connections. Roads, railways, ports, riverways and canals, and airports, all should be in top condition. Otherwise, cargo loads will never reach their destination. The government is at the forefront of revamping Russia’s transport & logistics infrastructure. Spending is rising in order to turn Russia’s already impressive transportation network into something truly world-leading.

Nearly $200bn is to be spent on road and highway construction alone over the next six years. That puts Russia into one of the highest spenders on transport links in the world. For comparison China, the world’s current number one, has investment plans worth £323bn on infrastructure.

The fact is, Russian transport infrastructure upgrade regime has the full backing of the Putin administration. And when Russia’s government throws its weight behind a project, big things happen.

So, what’s in the pipeline? Let’s take a look. As mentioned above, Russia is not taking its road construction ambitions lightly. Hundreds of billions of dollars have been apportioned for new routes — including major highways

For instance, plans are afoot to construct a new highway along the Black Sea coast between Dzhugba and Sochi. The 210km four-lane route, costing a predicted $19bn, will become a key artery for lorries hauling goods from European Russia into its southern regions.

It’s worth noting that the regions around the Black Sea are fertile agricultural provinces, generating significant volumes of cereal crops and fruits and vegetables. It’s well serviced by ports, by roads are mostly one way, lowering its current trucking potential. The new highway should change this.

Elsewhere, work on a 2,000km stretch called the Meridian is underway. This falls under China’s global One Belt One Road project, of which Russia is a keen member. The Meridian itself covers border territory with Kazakhstan and Belarus. According to government officials, this new route will mainly be for freight. A high percentage of loads will be East-West cargoes from Europe to China and vice versa.

The final section of the new Moscow-St. Petersburg highway is also due to be commissioned by 2020 too, improving links between Russia’s two major cities. Both are massive logistics hubs — especially St. Petersburg with its port — so further road links will make trucking between the pair a simpler, faster process. 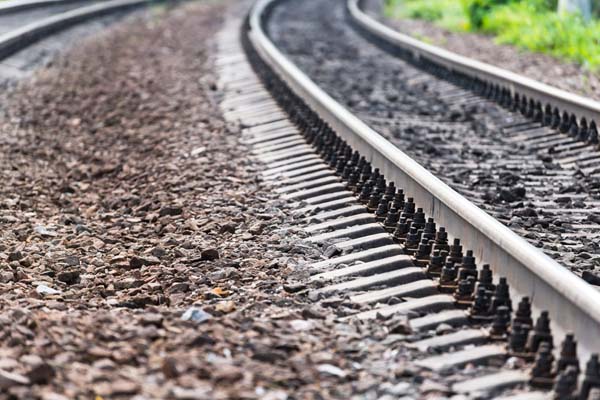 According to RZD, it, alongside the government, is building 20,000km of new lines, which will be complete by 2030. In monetary terms, that’s a $61bn investment. Some estimates are even higher. Railway Pro magazine suggest Russia will be spending $450bn on railways during the progress period.

This is a truly nationwide endeavour. New routes are expected to connect Russia’s northwest regions, bordering Finland and Scandinavia, to industrial hubs and freight terminals along the Black Sea. The southerly routes, such as those incorporated into the in-development North South Transport Corridor, essentially create a through line to India by connecting with networks in Azerbaijan and Iran.

Of course, China looms large in Russia’s plans. $40bn is being spent on creating new rail corridors in Russia’s Far East, which borders its most significant trading partner. The goal is to capture containerised rail freight from China, connect them to the Trans-Siberian Railway, and get them to Europe.

Ports are under construction throughout Russia’s key maritime areas

Development of Russia’s sea ports is also on the agenda. Maritime hubs handle the majority of Russian foreign freight at present. They are also key export hubs for goods such as hydrocarbons and cereal crops — two major economic contributors for Russia.

The Arctic, and the Northern Sea Route, are gaining significant attention. Russia is opening up its Northern Seas as a potential Asia-focussed cargo route, and is building the port infrastructure to match.

As well as new hub for Novatek’s LNG plant on the Yamal Peninsula, a further $4bn is being invested at a new year-round Arctic port in Nenets. Built in the tiny village of Indiga, at the mouth of the river of the same name, the new port will be capturing coal and energy cargoes shipped from the Far East, before transit takes them into European Russia.

Turning to warmer climes, Novorossiysk on the Black Sea basin is seeing some of its private terminal operators invest in expanding this important facility. Novorossiysk is where the bulk of Russia’s cash crops leave the country, so Delo Group and RUSCON are planning to expand their current facilities at the port.

The new investment programme is taking place at Berth 38, which is a new addition to Novorossiysk. Once dredging works are completed, ocean going vessels up to 10,000 TEU will be accommodated, increasing throughput capacity to 700,000 TEUs from 400,000 TEU. Berth 38 will become the only berth in Novorossiysk for Post-Panamax vessels. The opening is planned for the second quarter of 2019.

Air freight gets boost with new facility at Russia’s no.1 airport 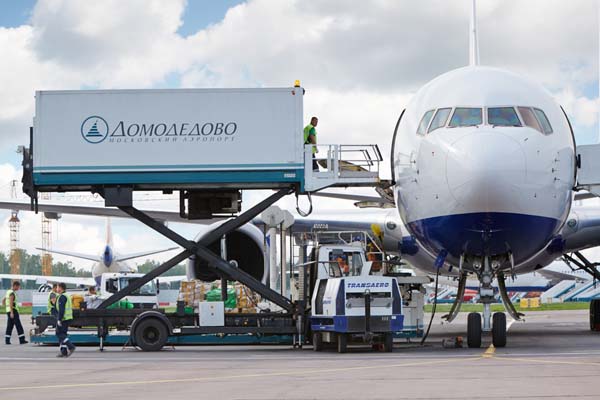 In 2017, the airport’s cargo facilities were expanded with a new terminal. During that year, Moscow’s chief air hub handled 60% of Russia’s total air freight demands. For context, throughput increased 27.3% year-on-year with total cargoes weighing in at 290,000 tons.

This dramatic upswing in air cargo has prompted Moscow Cargo, the terminal’s operator, to add a second freight processing area to Sheremetyevo.

The new terminal is meant to come online in 2020. While finer details are unavailable at the time of writing, it will likely mirror the size and scope of the current facility. At present, Sheremetyevo boasts a seven-layer cargo storage and relocation system, which can fit up to 3,198 pallets. The four-layer container storage zone is equipped with ULD automated processing system with the total of 576 slots, 60 of which are refrigerators with temperature control.

Building a better standard of transport infrastructure means moving freight in, around, and out of Russia will become a much smoother process. Capturing higher cargo volumes will be the end goal — and Russia is already on its way to meeting that.

As much as $150bn in transportation and freight handling deals are available in Russia right now. You can tap into this more confident trading environment at TransRussia.

TransRussia is the only event of its kind in Russia.