In line with the policy of Iranian Railways to attend at the international transport and logistics exhibitions in order to demonstrate its existing capacities, facilities and also present the special conditions of cargo transport and transit from the rail network of Iran

As well as international rail corridors crossing Iran connecting Asia to Europe, Islamic Republic of Iran National Pavilion will be established in in Trans Russia 2019 Exhibition in Moscow, from April 2019

The government of the Islamic Republic of Iran has put rail development on top of its priorities and the 6th Development Plan of the country has foreseen that rail freight transport to be increased from the present 12% to 30 % and passenger transport from the present 8% to 20%.

Presently the Railways of the Islamic Republic of Iran owns 13000 kilometers of rail lines, 6500 km of new rail lines under construction and there 25000 freight cars, 1900 passenger coaches moving on its rail network.

The rail network of Iranian Railways (RAI) is currently connected to the railways of the CIS countries via Sarakhs border as well as Incheh Burun borders with Turkmenistan. It is connected to Turkey railway via Razi border, to Pakistan railways via Mirjaveh border and to Azerbaijan via Astra border. Iranian railway network has also been developed and extended until Iraq border in Shalamcheh and also to Afghanistan border. It is also linked to the Persian Gulf and the Caspian Sea and it has the possibility of combined transportation.

International rail transport attending in Iran National Pavilion are as below:

Railway Transportation Company performs all the services related to transport of all types of export and import and transit goods from the state stations and borders to all the railway stations of the Central Asian Countries, Russia, Ukraine, Turkey, and Baltic Sea area countries according to the available and expanding possibilities and based on the agreements concluded.

The company also presents all international rail transportation services such as custom formalities ad custom clearance, loading and unloading operations, packing and warehousing of all kind of cargoes.

This company is ready to conclude any rail transportation contract from Iran to CIS countries and vice versa upon the guarantee to supply all types of wagon required.

Tarkib Haml-o-Naghl Co., which here after will be called Tarkib Trans Co. was established in 1995 and is affiliated with I.R.I Railways Personnel Saving Fund Institute (PSRAI). This company has started its activities in the field of rail, road and multi-modal freight transport.

Tarkib Trans Co. has done all freight transport services, in addition to freight forwarding services, via rail, road and multi-modal ways, either nationally or internationally, from all ports, wharfs and production centers by using its facilities, experiences and capabilities during this period especially in recent years.

Tarkib Trans Co. is one of the most reputable and mighty companies due to its facilities and bright records in multi-modal transport. Through the acquisition of this strategic competitive advantage, the multi-modal transit transport projects, thorough the International North-South Transport Corridor (INSTC) and performing multi modal transportation projects of steel products in different railway stations is considered as the company’s success. 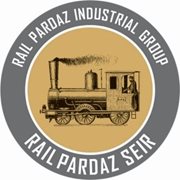 Considering the variety and scope of rail services offered, Arzesh Afarinan Fadak Holding is currently the largest private rail holding in Iran. Through establishing specialized companies in the fields of freight and passenger transport, freight and passenger wagons repair and overhaul, tractive force, as well as railway catering services, this holding has developed significantly over the recent years, offering distinguished services to its clients.

Veresk, the first specialized IT Company in the I.R Iran Rail Industry, was founded as a startup in 2017, supported by Samsung AUT Tech (Samsung-Amirkabir Technology Center) and I.R Iran Railways (Information & Data Streaming). Veresk has the goal of providing new & innovative services for the Railway Transport Industry using modern technology.

Until now, for companies ‘outside of Iran’ tracking rail cars/wagons locally was a trying issue. Also, the only way to calculate rail freight tariffs was to request charges from local rail transport companies in Iran.

As of now, you can easily track your wagon in Iran, as well as anywhere in the Central Asia and Russia online on the Veresk website or with the app and also calculate your transportation tariffs online.

Veresk is developing its current services and researching utilization of block-chain technology & IoT for the rail transport industry.