It only seems like yesterday that mobile phones were plastic and metal bricks, lumpy and heavy. Now, the entire sum of human knowledge can be accessed from the sleek steel-and-glass machines we carry with us. The point is, technology slows for no one – including the transport & logistics industry

TransRussia, Russia’s only dedicated transport & logistics event, is where you’ll find the latest tech trends brought to life. While we can’t say exactly what the hundreds of exhibitors will be bringing with them this year, expect to see solutions at transportation’s cutting-edge — solutions like those listed below. 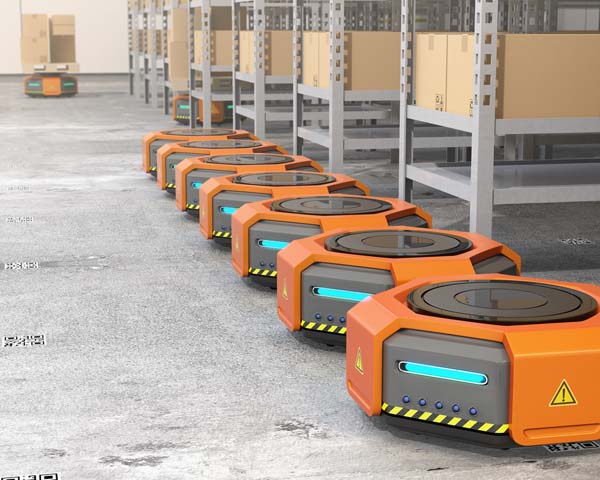 Warehousing technology has been shifting at an amazing pace in recent years, especially when it comes to intralogistics. New picking and packing solutions are continually hitting the market, but this time around its robots securing the spotlight. Robotic workers (the word robot literally comes from the Czech word for “slave”) don’t eat, don’t sleep, don’t need breaks.

Warehouses across the globe are deploying increasingly large numbers of robots to smooth over supply chain operations, often reversing the man-to-goods process to goods-to-man.

In Andover, UK, online food retailers Ocado is using robots to reach areas where humans simply can’t reach. Packed from floor to ceiling with inventory, Ocado’s warehouse is like a forest of produce, where boxes and bags jostle for position on bulging warehouse shelves. Space is at a premium.

In the 2ft gap above the tallest shelves, small robots zoom around the top block like pieces on a chessboard. The “swarm”, as Ocado calls it, lets its robots zig-zag up and down its shelves, intelligently picking out orders. Once inventory is identified, the bots swoop in and deliver it to a human worker to double check it before goods are packed up for shipment.

It’s a unique system, but one that has allowed Ocado to drastically slash its logistics outlay. All the e-tailer’s human warehouse flashpoints will be going robotic soon, allowing Ocado cheaper and faster delivery times — benefits robotic intralogistics can add to all businesses. 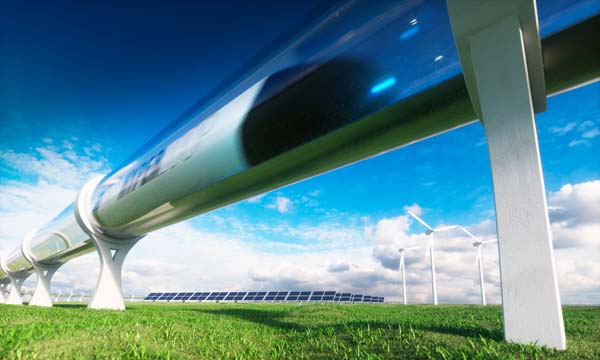 Hype is the operative part of Hyperloop’s name, let alone hyper, thanks to its constant fan-fairing from luminaries like Tesla’s Elon Musk. According to the billionaire tech-head, hyperloop has enormous potential to change global freight transport.

Hyperloop systems run via a series of sealed tubes, essentially vacuums, down which pods travel via magnetic levitation without experiencing air resistance. Claimed top speeds exceed 600mph — just shy of that of the average commercial jet.

It’s hard to argue with at Hyperloop’s initial appeal. Travelling double the speed of even the fastest trains, the system could prove up to five times less costly than air travel, while slashing truck and train delivery times considerably.

According to Virgin Hyperloop One CEO Rob Lloyd, a four-day truck journey could take just sixteen hours when done by hyperloops. The trade off here, however, is a 50% rise in delivery costs.

Development of such systems has been underway for several years, although there are some major hurdles. Firstly, building a hyperloop is expensive, with low-end estimates forecasting over a $1bn in construction costs per loop. After this it’s a matter of getting environmental and other clearances from multiple nations.

That said, many firms are open to hyperloop’s potential. Many countries are negotiating to be the first to build a fully working system, especially in the Middle East. The UAE hopes to build a link connecting Dubai and Abu Dhabi, reducing what would be a  drive to just 12 minutes. 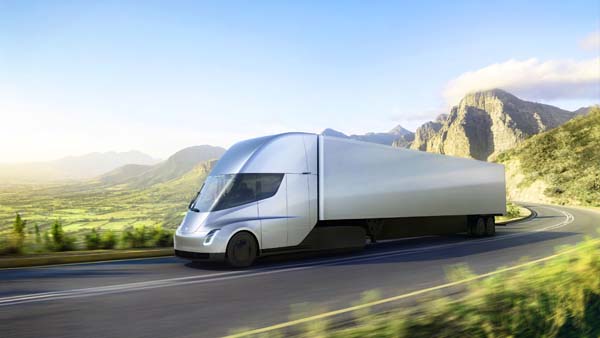 Remember the robots? Well they’re moving out of the warehouses and onto our roads. Ok, maybe they won’t be Transformer-like mergers of robot and machine — you won’t see Optimums Prime out and about any time soon — but with self-driving trucks, the role of human drivers in worldwide trucking could be numbered.

“Driverless trucks could be a regular presence on many roads within 10 years,” José Viegas, former Secretary-General of the International Transport Forum told the Financial Times. “Trials on public roads are under way in many regions including the US and the EU. Manufacturers are investing heavily in automation, and many governments are actively reviewing their regulations.”

Major truck manufacturers, including Mercedes-Benz and Volvo, are already ploughing ahead with developing automated units. Tesla, the automotive industry’s number one disruptor, is not far away, unveiling an all-electric lorry in November 2017.

While as many as 80% of the 6.2m trucking jobs in the US and EU could be eliminated using self-driving units, there are still many processes that require a human hand. Unloading and checking cargoes is currently a manual process, making final-mile delivery tough to fully automate.

Still, the advantages for logistics companies and trucking firms is, as ever, cheaper costs. Reducing the need for drivers could high-overheads for operators. As much as 45% of their costs go towards labour right now. And as automated trucks do not need to pull over to rest, they could also help improve journey times as well. 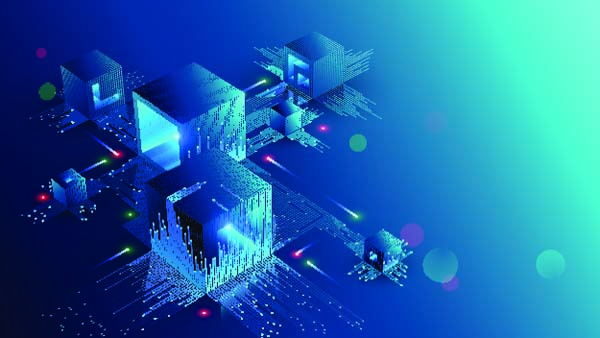 Blockchain is busy right now changing global economics via cryptocurrencies like Bitcoin, but such disruptive tech usually makes its way to other industries. Transport & logistics is now in blockchain’s crosshairs as its next big transformative project.

So, what actually is blockchain? It’s, according to Logistics Plus, a “public, dispersed and decentralised archive that eliminates business friction by autonomous of individual applications or contributors.” In simple English, that means blockchain is a collaborative technology; a digital ledger that is maintained across a network of computers, protected through encryption.

Blockchain holds a number of advantages to traditional information sharing networks, such as:

• Improved IT security against cyber attacks

Essentially, it’s all about communication with blockchain.

Major logistics firms already partnering with global leaders in IT development to create their own bespoke systems. ABB is embracing data and digitalisation across its transport portfolio. Its maritime OCTOPUS software allows for real-time analysis of sea conditions, allowing for heightened cargo ship safety and navigation.

Maersk and IBM have also jointly developed a blockchain platform to “provide more efficient and secure methods of global trade.”

Systemic industry change relies on all players being open collaboration’s potential, so it remains to be seen how willing major shippers, freight forwarders and the like will be to share their information, but blockchain holds enormous potential.

Apps & logistics as a service 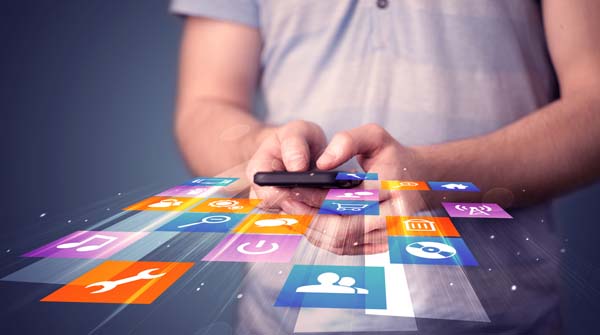 App-based instant freight services are here, promising to shake up how transportation services are chartered across the globe. Service/technology integration continues at a hectic pace, but what does this mean in practice?

In short, Uber is to blame, or praise depending on your attitude, for this shift. Essentially, an ever-increasing offering of apps are offering “logistics as a service”, allowing users to match with one another to complete each’s business goals. Basically, apps are a kind of service broker; a digital middleman, connecting service providers and seekers together.

The idea is a simple one: vessel owners and oil transporters register on OSVFinder’s app. Vessel owners share their captivities and oil cargo owners also share their requirements. Then, via the magic of apps, companies are matched, facilitating deal making.

Road transport is also enjoying a cash injection, to the tune of hundreds of millions of dollars, into similar systems. Uber itself is establishing a freight wing, while Amazon has been developing its own cargo-match solution.

Essentially, the future of deal making looks like its peer-to-peer via these new platforms. With the success of similar apps for non-logistics tasks, it will be interesting to see how similar applications change things for transporters worldwide.

TransRussia, the only dedicated transport & logistics event in Russia, is the place where new technologies are showcased to thousands of prospective buyers.

Nearly 17,000 cargo owners, freight forwarders, retailers and others in need of transportation services and technologies on the Russian market.

79% of visitors purchase from exhibitors and a further 71% of visitors only attend TransRussia amongst industry events. If it’s exclusively you’re after, you’ll find it at TransRussia.